Today, for the first time I will be trying Qantas First Class on their A380 from Melbourne direct to Singapore. I have tried Qantas Business Class on Airbus A330 Singapore to Melbourne (click here to read it) and it was pretty good.

As usual I took the chauffeured driven double decker transporter to Tullamarine from Melbourne CBD which cost me just AUD19.50. However, if there are two or more of you, just take the taxi where it will cost about AUD50 to AUD60.

My flight is scheduled to depart around noon. I arrived at the airport at about 9.30am and headed straight to the Qantas Check In Counter.

To my surprise, there is a Qantas First Class Check In Lounge where you can even drive up and check in immediately. 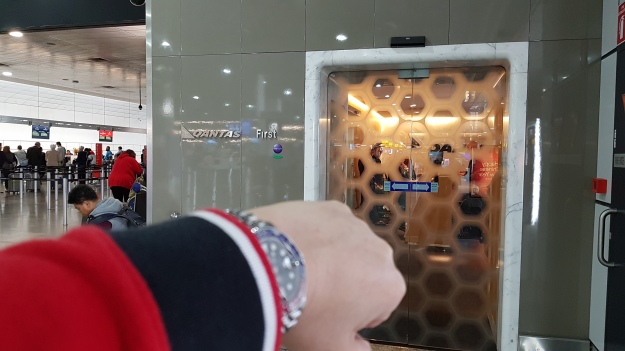 Since I am flying First Class, I have 50kg allowance but the joke is I have no check in luggage. My wife is returning to KL with Malaysia Airlines next week where it flies from Melbourne direct to KL, so I made her take my stuff instead, hahaha.

After I Checked In and the boarding pass in my hand, I headed to the smoking section because there is no smoking room inside the terminal!!!

I cleared Security and Immigration pretty fast and then went to check out if there were any Hibiki Master’s Select Japanese Harmony . To my delight there was stock and I bought a bottle.

I then headed to Qantas First Class Lounge.

Well, the Qantas First Class Lounge is nice and spacious.

The waiter showed me to a table with a view. I ordered a cup of white coffee and corn fritters with bacon and avocado.

Below are photos taken in the Lounge.

My table with a view 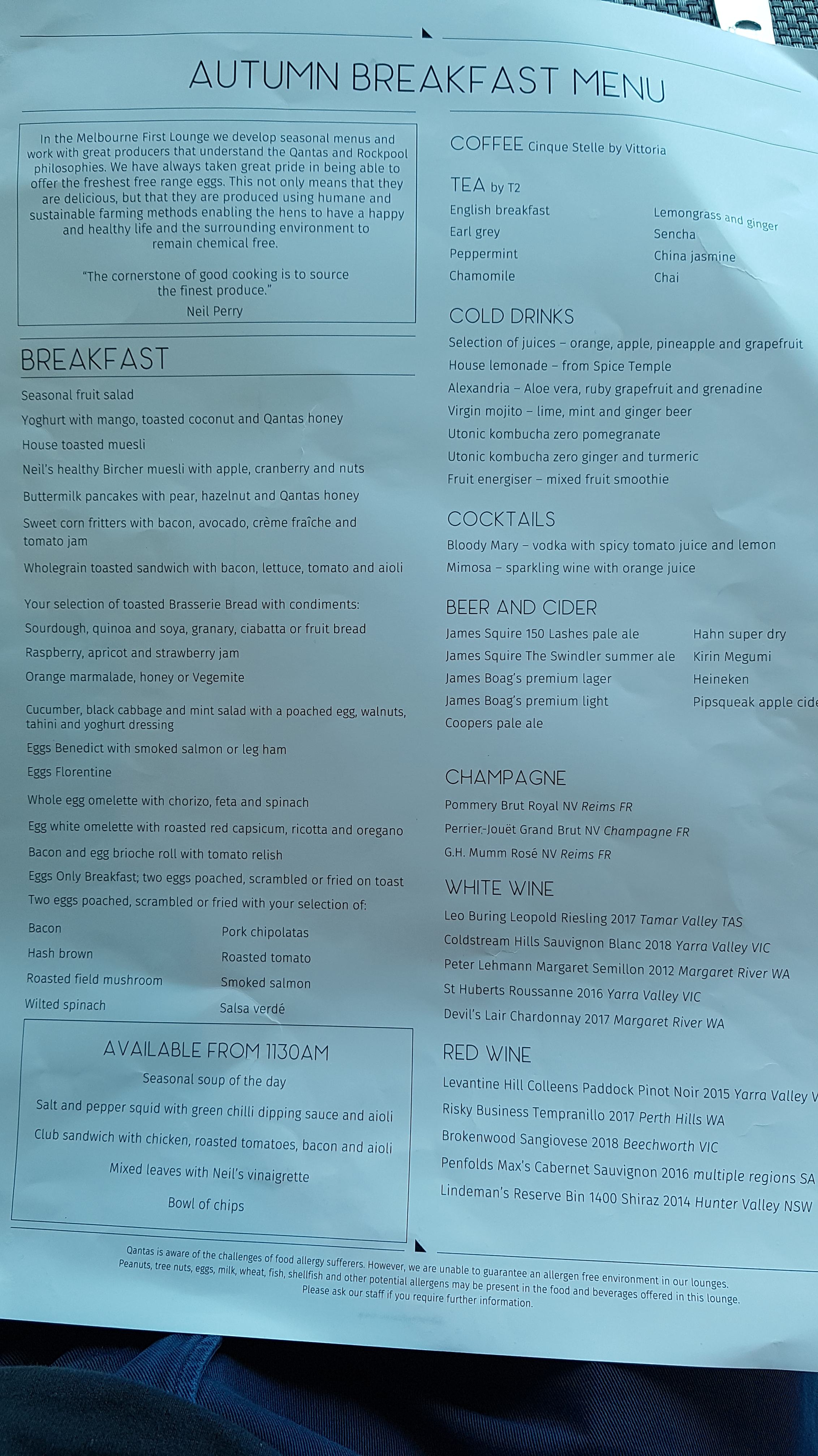 My breakfast, corn fritters with bacon and avocado

After I finish the corn fritters, I ordered bacon and egg roll 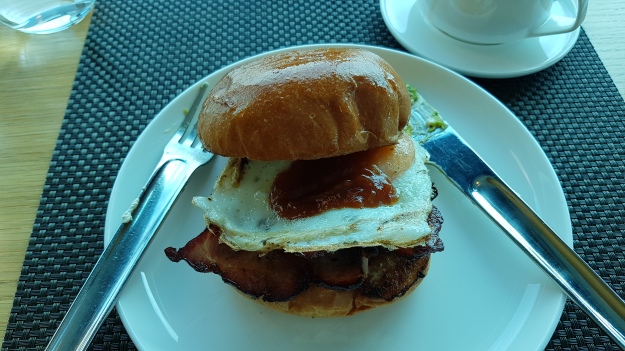