Well guess what? Lazada Samsung Official Store is having another Flash Sale for the M31 and M21 on 9.9.2020 and the price is even cheaper than what we paid! 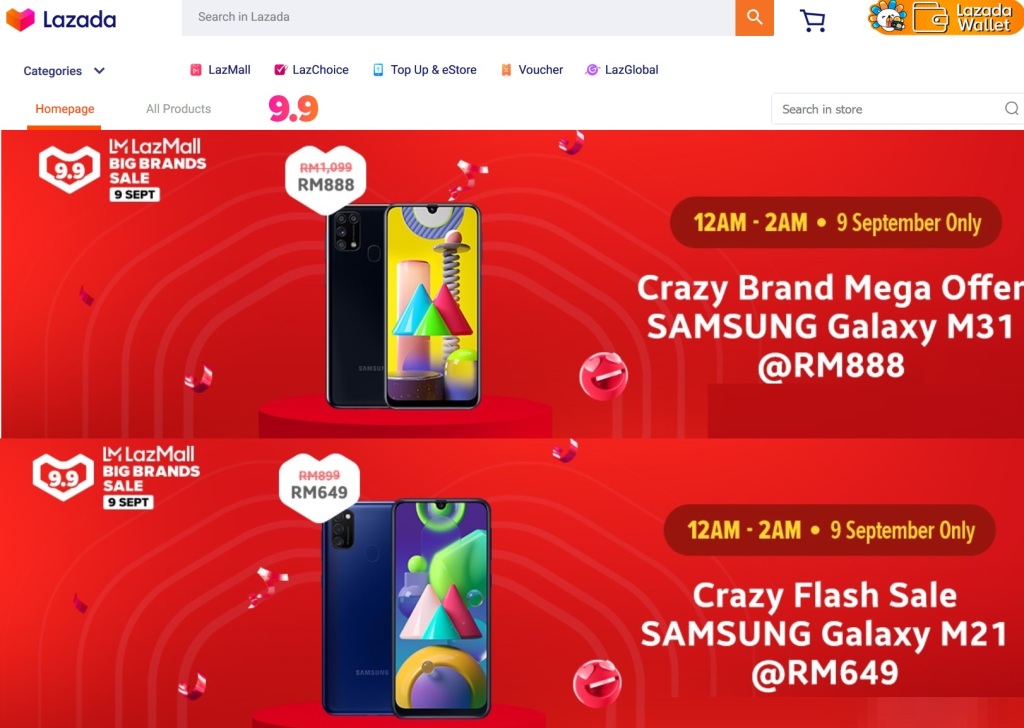 On 6th August, I shared with you guys that Lazada Samsung Official Store was having a Flash Sale for their Galaxy M11, M21 and M31 (click here to read it).

As I told you guys, the Samsung Galaxy M31 Flash Sale Price was RM929, which is more than RM150 (more than 10% discount) off the Official Retail Price of RM1,099. And since it is from Samsung Official Store at Lazada, I am guaranteed a new set with official Samsung Malaysia warranty; and therefore I bought the M31 without hesitation.