If you have been following me for years, you will know that my very first card was the American Express Charge Card. I was issued the card in 1988 while I was still an undergraduate in the USA! I was then upgraded to Gold when I pursued my Masters Degree.

When I returned to Malaysia after obtaining my Masters in Engineering in the early 90s, American Express Malaysia allowed me to transfer my US AMEX Account to a Malaysian AMEX Account!!!

I remember when I showed my colleague (at my first job as a “ciku” Engineer earning less than RM1.5K/month) my AMEX Gold Charge Card, he said it was a supp card!!! In the early 90s there was no Platinum Cards and Gold cards were Premier Cards.

FYI, back then my salary was still damn freaking low but I was earning money from the stock market like nobody’s business. Therefore, I could suka-suka burn the FREE money away.

So for 30 years I was holding the AMEX Gold Charge Card where I got to brag to everyone that my card states Member Since 88! And every year AMEX would waive the Annual Fee. The AMEX Gold card was really good back then and it gave the best returns when I used the Membership Reward Points to redeem for cash vouchers.

Then sometime in 2011 or maybe a year or two earlier, Maybank took over the operations of AMEX in Malaysia and launched the wonderful Maybank 2 Platinum/Gold Cards which was FREE FOR LIFE and earn us 5X Treats Points. Therefore, I signed up for Maybank 2 Cards.

Like I mentioned in the earlier paragraphs, I have not paid any Annual Fees for the AMEX Gold Charge Card for years. However, that all changed in 2016 when AMEX (Maybank) refused to waive the Annual Fee! Can’t blame them as I had not been using the card for years but kept it simply for Shiok Sendiri sensations, i.e. I get to brag that I am a Member Since 88.

Since I am so kedekut, I refused to pay the annual fee and told the AMEX Customer Service to cancel the damn useless Gold Charge Card. But the representative then suggested that I downgrade to the Entry Level AMEX Charge Card which is FREE FOR LIFE without any conditions. I asked if I get to keep my Member Since 88 and she said YES! What else can I ask for – no need to beg for annual fee waiver yearly since it is FREE FOR LIFE and I get to continue bragging that I am a Member Since 88, hahaha.

However, when I received the new Entry Level AMEX Card, I was horrified that it states Member Since 2011 (the year I signed up for Maybank 2 Cards Platinum)!!! But then again, it is FREE FOR LIFE so I have nothing to complain about, right? Even tho I was conned, I was grateful than the card is FREE FOR LIFE without any conditions.

A couple of days ago, I received a new replacement Entry Level AMEX Charge Card with Contactless feature. So I opened the envelope and to my delight, the new replacement card states Member Since 88!!! WOW!!!

I tell you, I must have been a very good boy for the last 2 years and God All Mighty knows that I am gila over the Member Since 88 and therefore somehow miraculously made  Maybank revise the Entry Level AMEX Charge Card Member Since year to 88 so that I can continue to brag and shiok sendiri for years to come, hahaha. 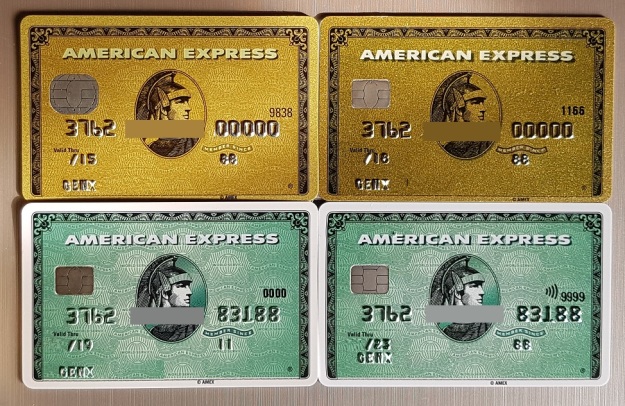