Chinese New Year is just around the corner and as usual, I am pleased to present to you another of my annual ritual which is to share with you the Ang Pau or Ang Bao or Ang Pow packets I have collected from the banks. However, this year I was kind of lazy to drop by Affin Bank and Citibank to collect their red packets. I am flying off to Melbourne this weekend as my youngest daughter’s high school is starting next week.

Click here to read my article titled Ang Pow Lai at Ringgit Wise Fool where I posted photos of Chinese New Year 2011 red packets from banks. In this article, I mentioned that I finally understood why my uncles and aunties would want to give me money (i.e. Ang Pow) personally, as I now also find joy in sharing my wealth with my younger generations.

Click here to my article Dragon Ang Pow also published at Ringgit Wise Fool where I posted photos of Year of The Dragon Ang Bao from banks ( including Premier, Privilege and Priority Banking red packets ) and a very aggressive looking Dragon from Coach!

And in 2013, I was in Melbourne for Chinese New Year, as such I posted photos of 2013 Ang Pow at my facebook page instead, click here to see them.

In 2015, I was in Melbourne again for Chinese New Year. However, without fail, once again I posted the And Pows I collected before I flew to Melbourne. Click here to see Chinese New Year 2015 Red Packets at Generations XYZ blogspot. 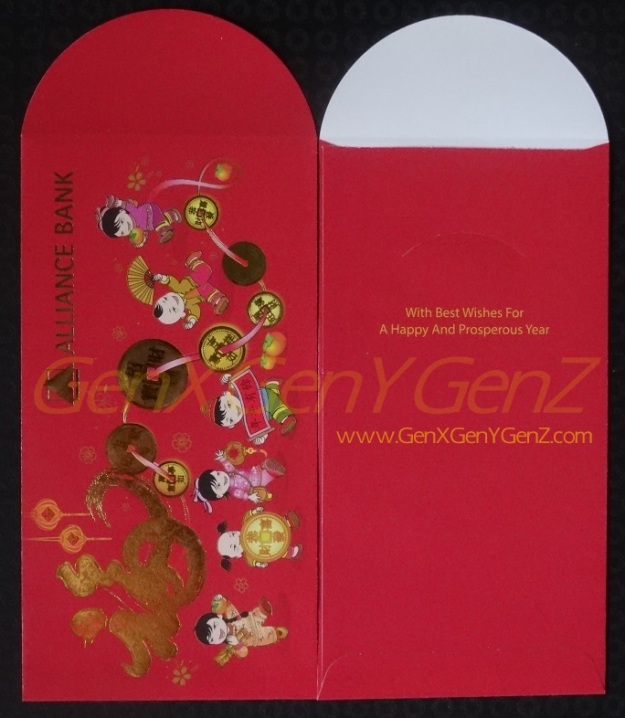 ALLIANCE BANK PRIVILEGE BANKING ANG PAO – I tell you, I don’t even know who is my Alliance Bank Relationship Manager as they keep changing. So, when I dropped by my Alliance Bank Branch to collect their Ang Pows, the person I spoke to was new to me and she was damn kedekut and only gave me 2 “mini boxes” of their PB red packets. 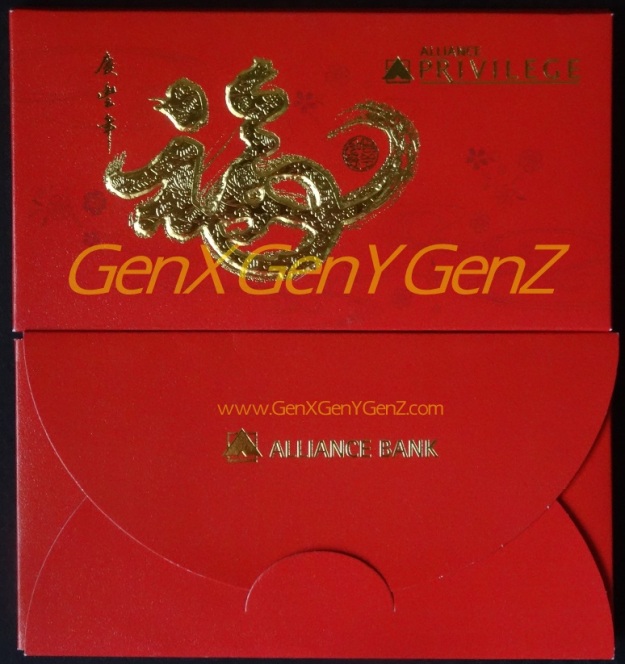 Inside the “mini boxes” are 2 different designs of Ang Paus. And without fail, the quality of Alliance Bank red packets are very good.